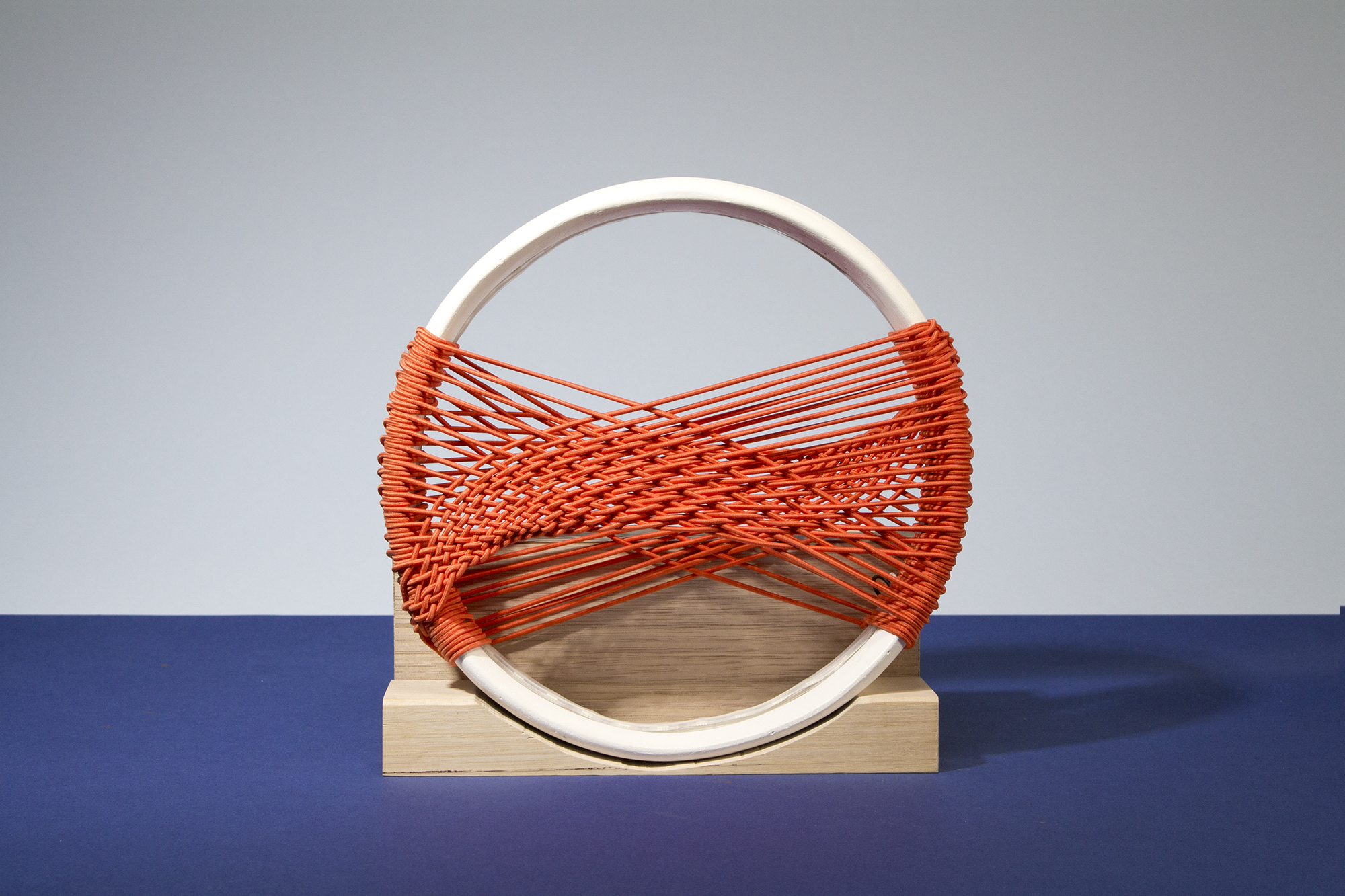 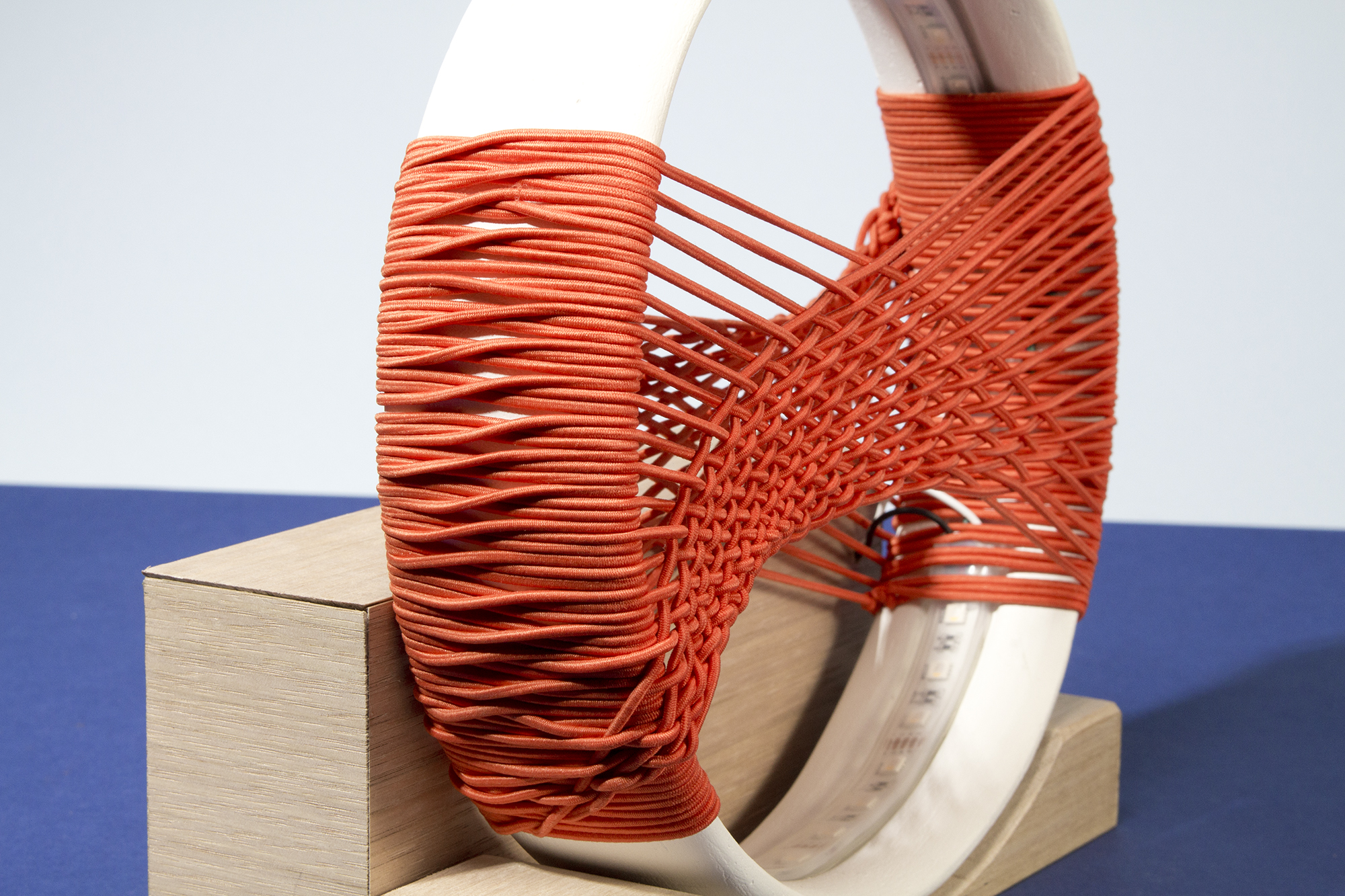 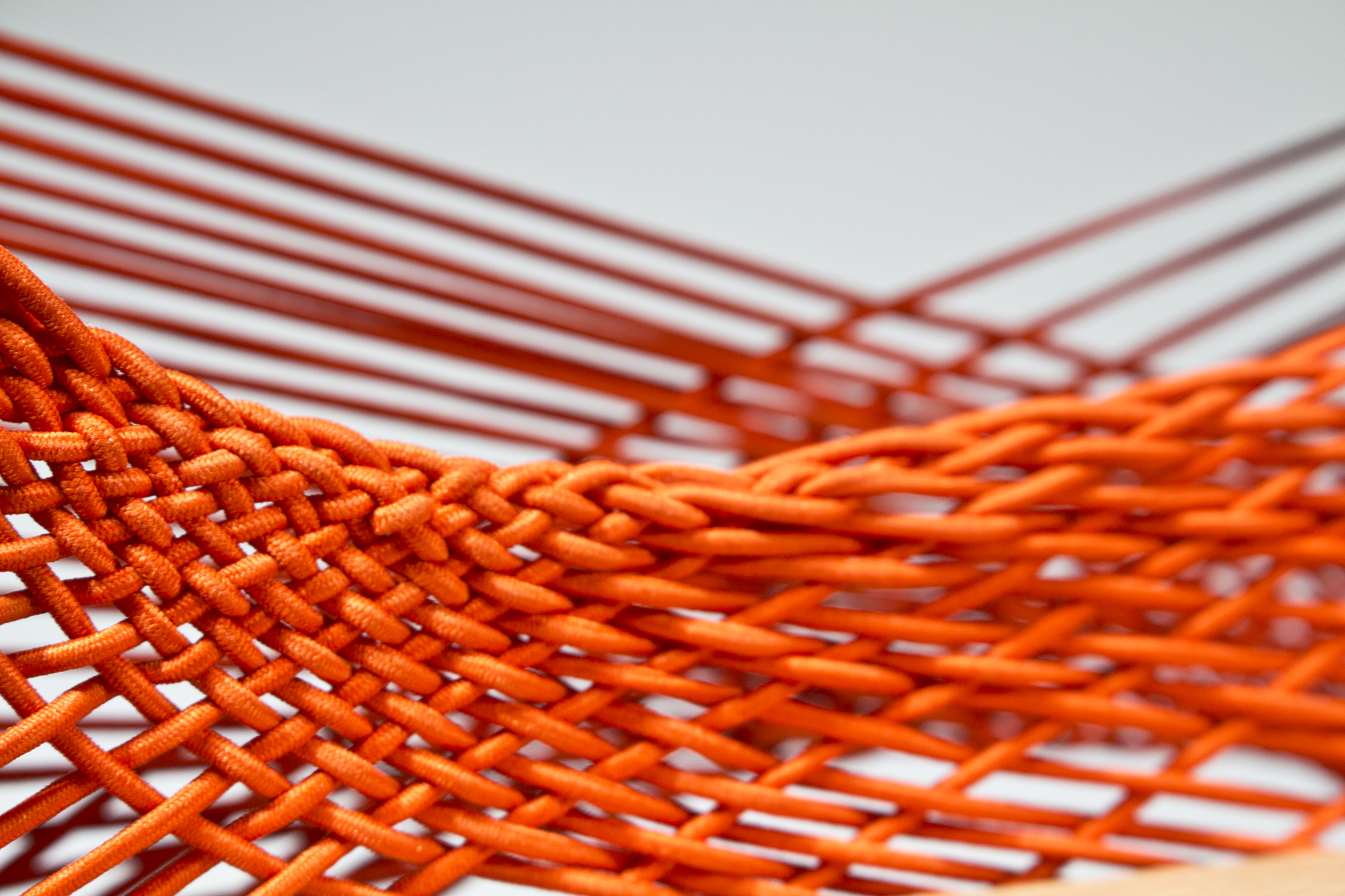 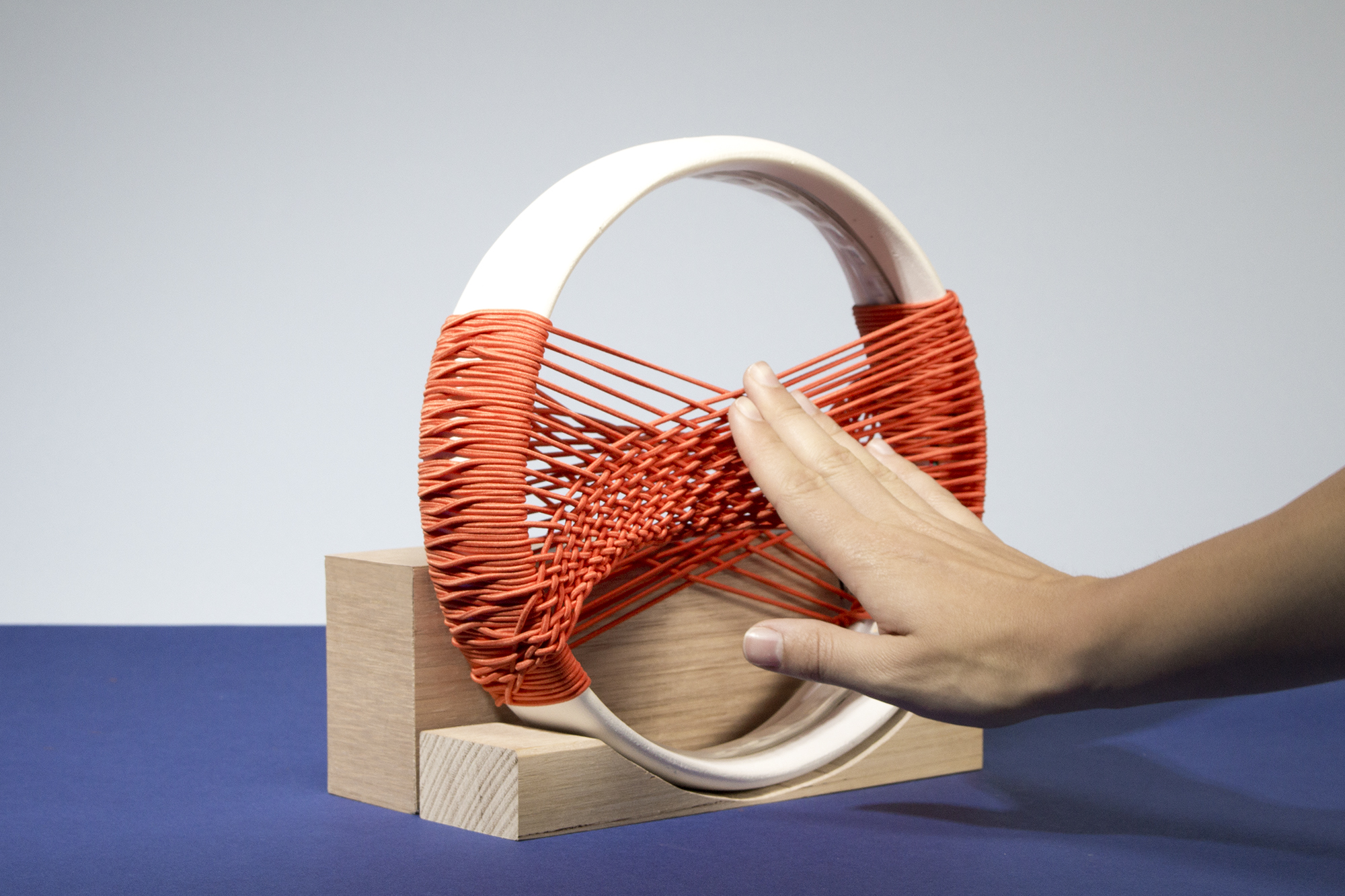 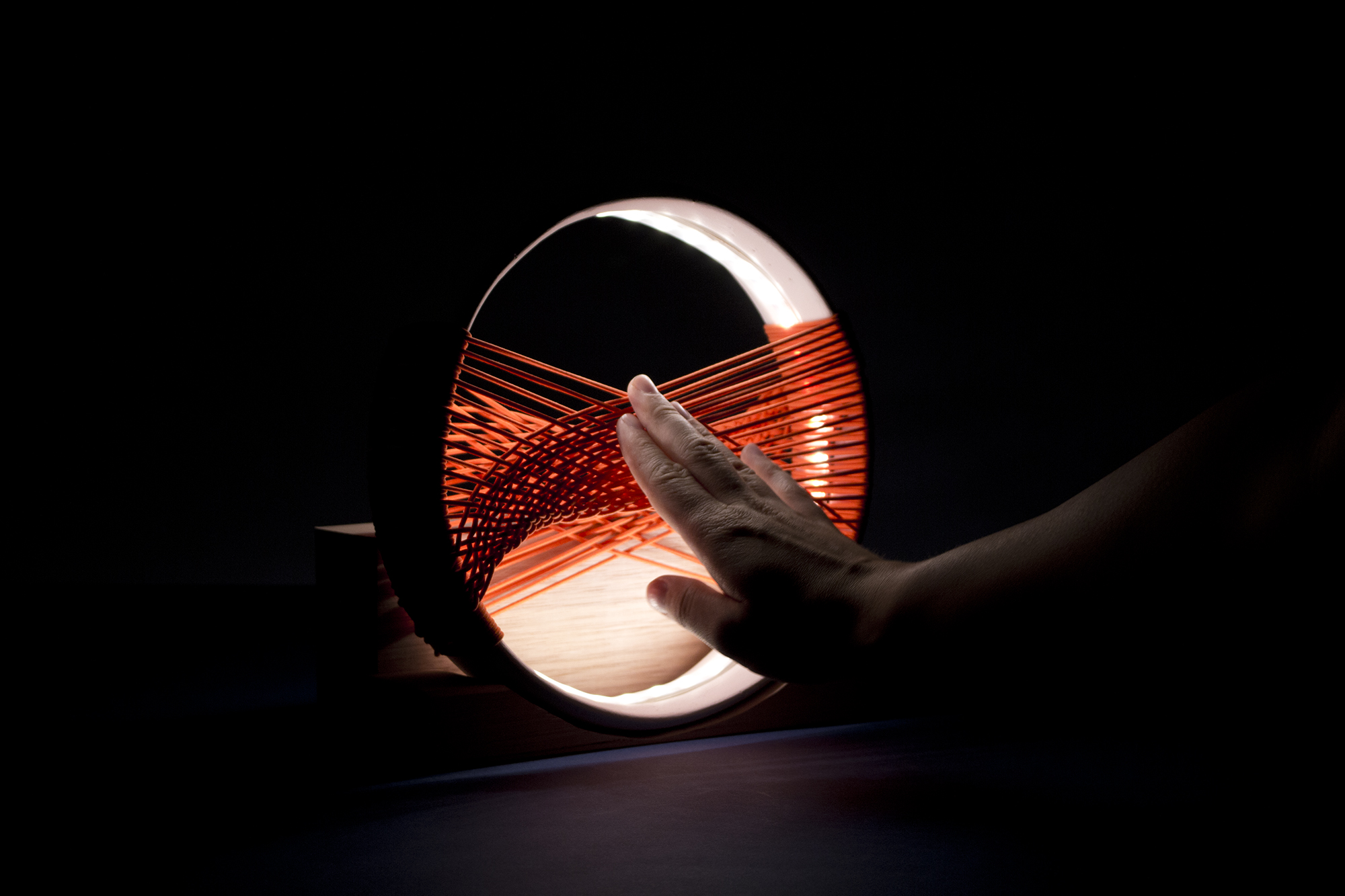 As part of my PhD research, I developed different prototypes that aim to contribute to home-based rehabilitation for people with stroke impairments. The main idea was that rather than telling someone to use the affected arm and hand and do repetitive exercises during the day, the interaction with particular everyday objects would take over this role. For example, a lamp would turn on when the affected hand and arm are used. Rather than requiring a high level of fine motor skills, which can be a challenge after a stroke, the interaction would be based on pushing the woven element of the lamp.